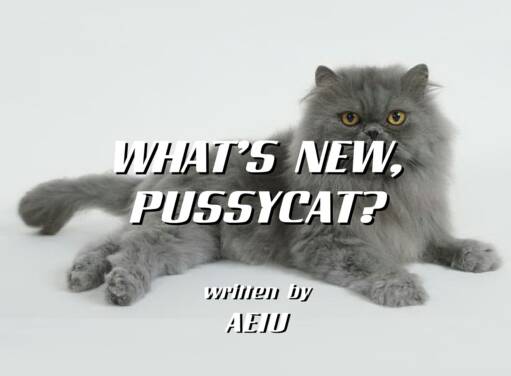 Lieutenant Frank Harper of the Los Angeles Police Department was tired. He had clocked out for the night when the call had come in. Despite being off-duty, he decided he should check it out. The reports included a wild car chase with shots fired with additional reports of a captured spy ring and a posse of federal agents which seemed to have descended upon the city.

As he approached the alley, he could see the action was over and the cleanup had begun. Harper blinked at scene before him. There were handcuffed men lying on the ground of the alley with various weapons being collected by a team of professionals. The Coyote was parked haphazardly in the street. A young girl leaned against it as she clutched a distressed cat. Two officers were arguing with McCormick who was valiantly trying to stop the flow of blood from his injured nose. Nearby Hardcastle and a woman were arguing with another officer. Harper rolled his eyes, shook his head, and tuned away.

I’ll just watch it on the six o’clock news, he thought as he walked back to his car.

So much for being the hero of the hour, thought McCormick as he stifled a groan and carried his books across the school campus. He had left Hardcastle dithering over whether to wear a tie to his scheduled lunch with Agent Mary Brown who had confessed to being divorced. He could have sworn the judge had blushed when he referred to it as a date. Hardcastle had growled back that it was only a thank you from one professional to another. However, Hardcastle had practically ripped off his shirt when he noticed a small stain on the sleeve. The Lone Ranger gets the girl and Tonto gets the bruises, McCormick sighed to himself. He stopped when he heard the shout behind him.

McCormick turned and blinked at the twin visions of loveliness who ran up to him.

“Your name’s McCormick, isn’t it?” questioned the short-haired brown-eyed beauty on his right. “My name is Lori and this is my sister Patty,” she said as she pointed to the identical girl on his left.

“We were wondering,” explained Patty in a sweet musical voice, “if you ever found the owner of that missing cat.

McCormick thought back on the moment when he and a grateful Hardcastle turned the Bilbo over to Krissy, who claimed that her mother had always promised her a pet and how much Bilbo needed her. With the microchip removed, the cat was of no use to the government and in need of a home with a loving family.

”Yeah. He’s with a little girl who loves him very much.“

”That is so nice of you to find the owner of that poor animal,“ gushed Lori.

”Yeah,“ added Patty. ”So many of the other guys around here wouldn’t take the time.“ She smiled up shyly at him. ”You know, I love a guy that loves animals. We were getting some coffee between classes if you want to join us.“

McCormick smiled back but the small voice of cynicism began to sound the warning bells. Think. Cheri, Bambi, Mary, Betty, Krissy, now Lori and Patty. E, E, E! Every female with an E sound at the end of her name has been trouble. And you, get twins! No way! Just say no! it warned.

McCormick looked down at twins’ soft curves and friendly faces. Ah, what do you know? he answered as he followed the girls to the nearby café. 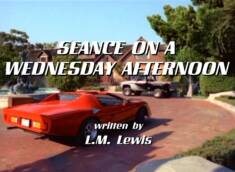 The corner of the man’s mouth turned up in a sneer. ”Found another sucker to sponge off of, huh?“ The features were still Warlow’s, but the expression not. It was a face distorted by hate. ”Always figured you’d land on your feet.“

”What the hell—?“ It was Hardcastle who’d found his voice first.

”Let the man talk.“ Mark heard his own low growl, almost as if he, too, were possessed. ”It’s what he’s here for, right?“

The man sitting in Warlow’s chair eased back, never taking his eyes off McCormick. ”You oughta thank me. A punk like you—if I hadn’t toughened you up a little—“

Mark focused on the incongruity—Warlow’s thin, pale face in the place of the coarser, reddened one of memory. He forced a bland smile and caught a glimpse of Ella Mulvaney’s shocked expression out of the corner of his eye. He said nothing. Let the man talk.

”What happened to that smart mouth of yours?“ The man shook his head. ”You and that slut who—“

There was a shout. It was Hardcastle again and the single word was ”No!” but even that wasn’t brief enough to beat McCormick to the punch, backed by a lunge from his side of the table and knocking Warlow, chair and all, onto the floor.